Integrating the combat against desertification and land degradation into negotiations on climate change: a winning strategy 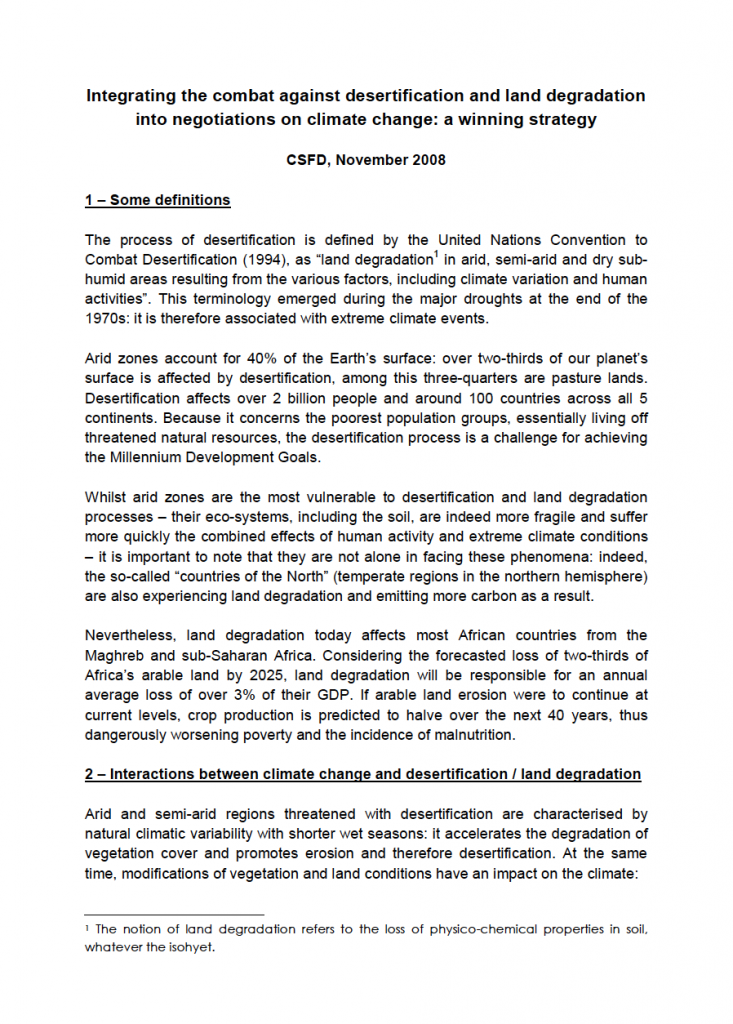 This document explains in big lines the existing links between desertification and climatic change. It shows that in fact the fight is the same. This document has been written with the aim of convincing the decision-makers involved in the Climate Convention of the interest of the subject. This « non paper » was also diffused […] 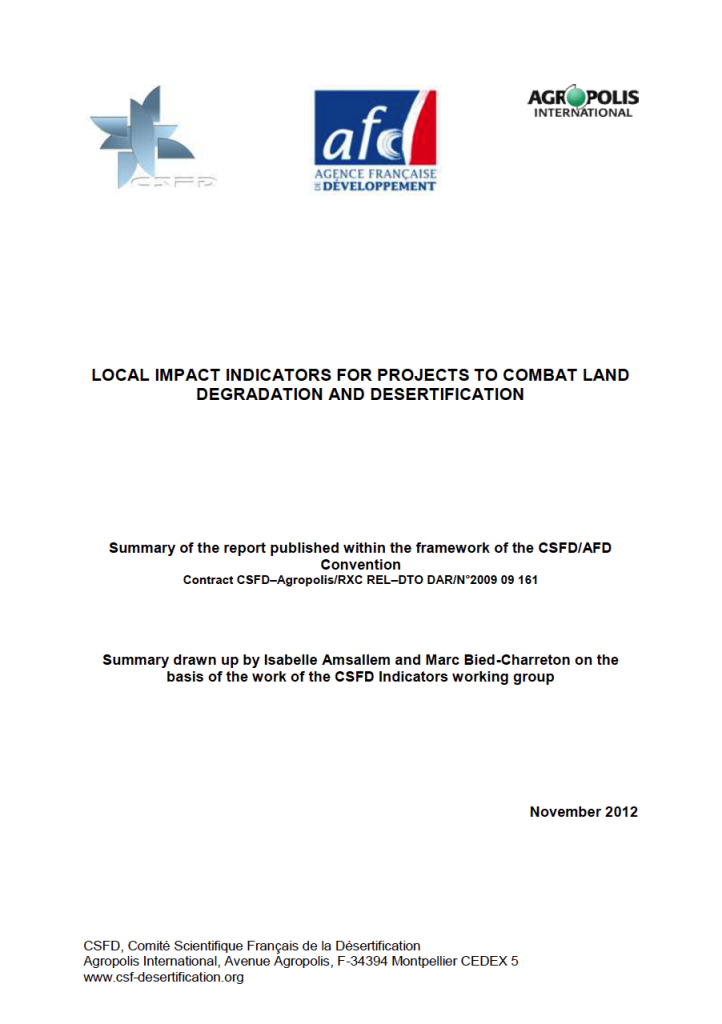 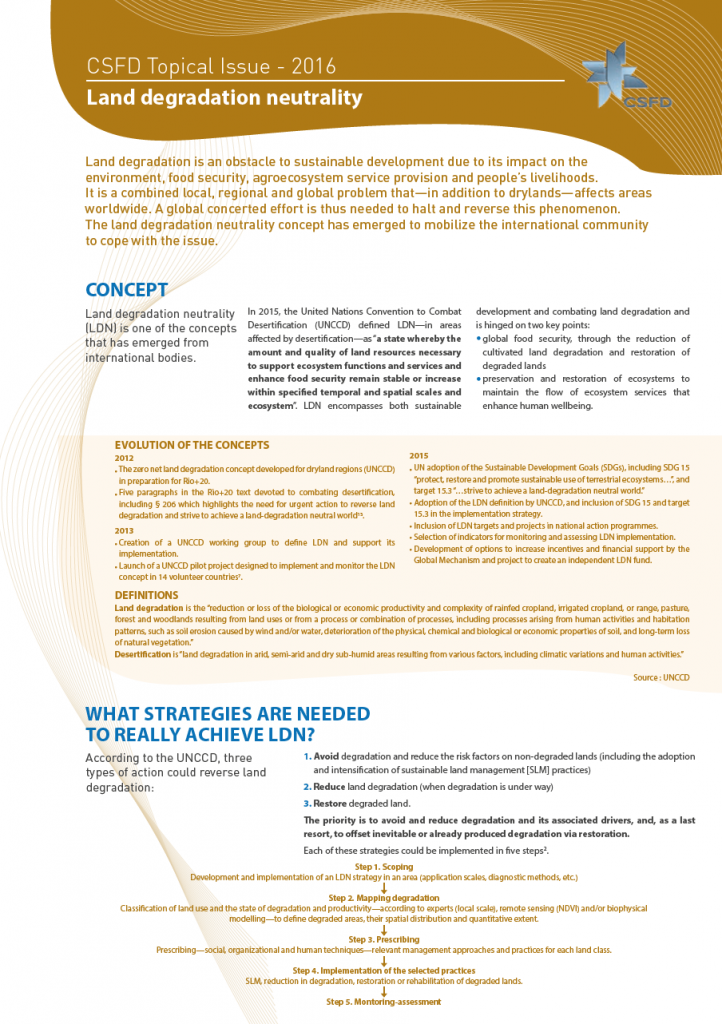 Land degradation is an obstacle to sustainable development due to its impact on the environment, food security, agroecosystem service provision and people’s livelihoods. It is a combined local, regional and global problem that—in addition to drylands—affects areas worldwide. A global concerted effort is thus needed to halt and reverse this phenomenon. The land degradation neutrality […]

What advice can scientists provide? The pan-African Great Green Wall (GGW) is an initiative that was initially meant to involve the planting of a 15 km wide transcontinental forest belt running from Dakar to Djibouti. This major project is designed to combat desertification. The band of vegetation is to be as continuous as possible, but […]