Comments of the Draft recommandations of the AGTE / UNCCD 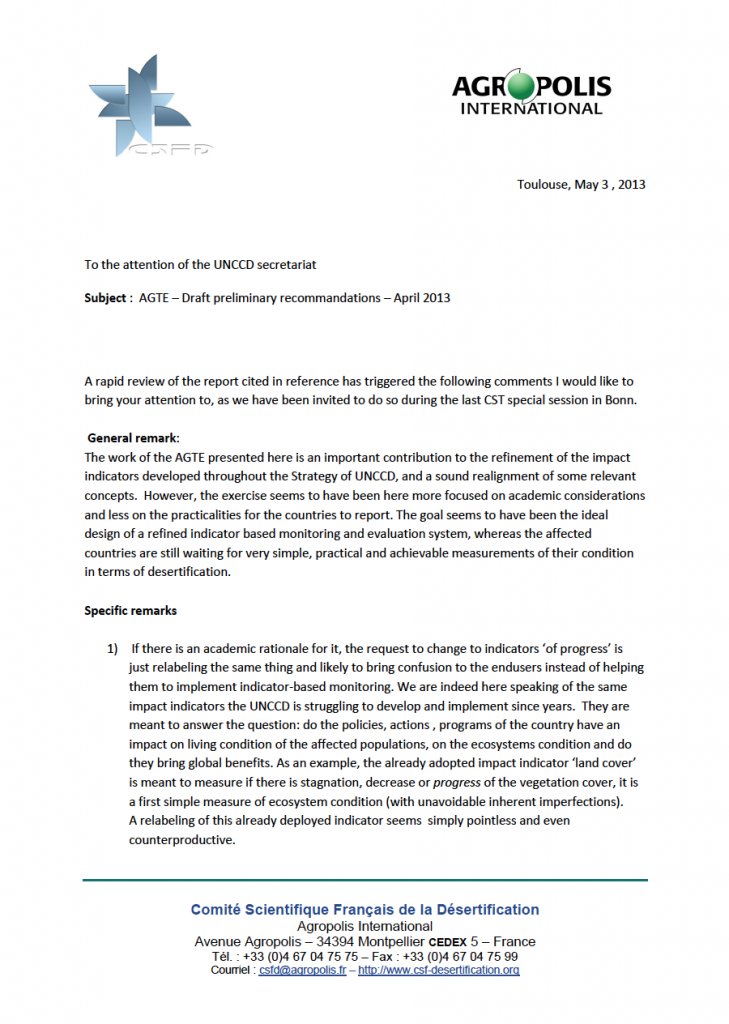 AGTE: group of experts on impact indicators Following the invitation of the UNCCD to its Science and Technology Correspondants, my remarks on the report presented in Bonn in April 2013 have been forwarded to the secretariat, for consideration in preparation of the final recommandations. The debate is not closed, and CSFD will continue to contribute […]

Desertification and its relationship to the environment and development 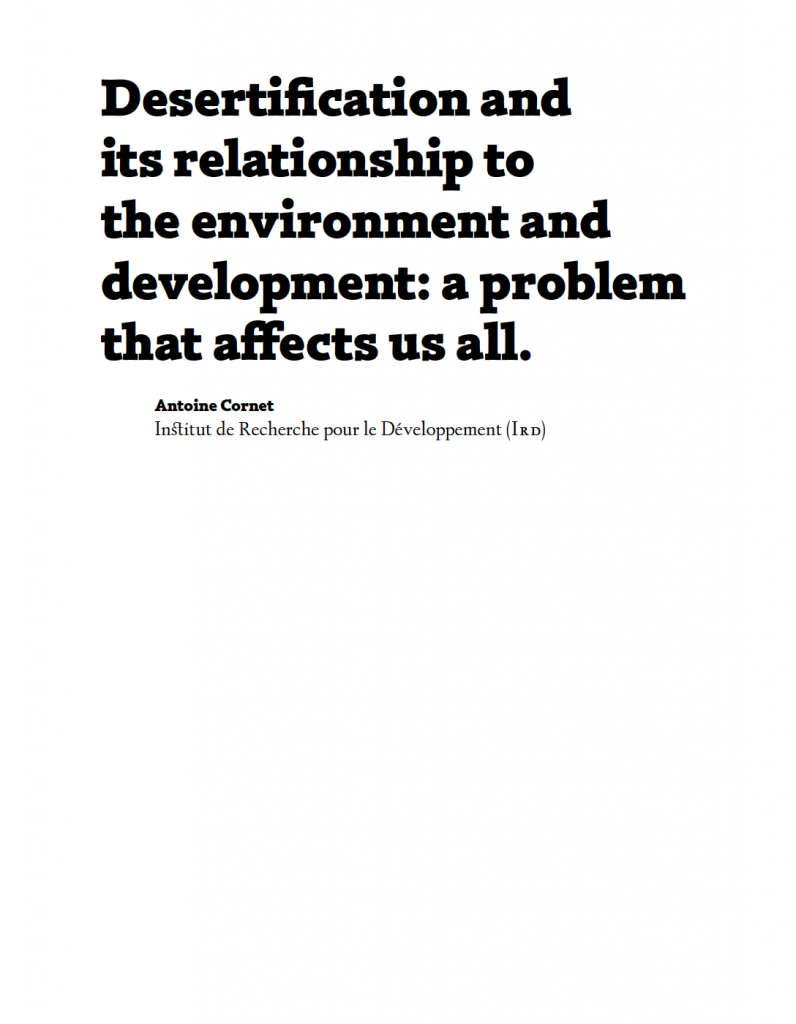 A problem that affects us all There is a wide variety of terms used to describe desertification and its expansion across geographical space which no doubt stems from attempts to attract increased resources to combat the phenomenon. Unfortunately, by extending the concept, its meaning has been weakened, resulting in the opposite of what was intended. […]

Bibliometric analysis of publications on land and soils 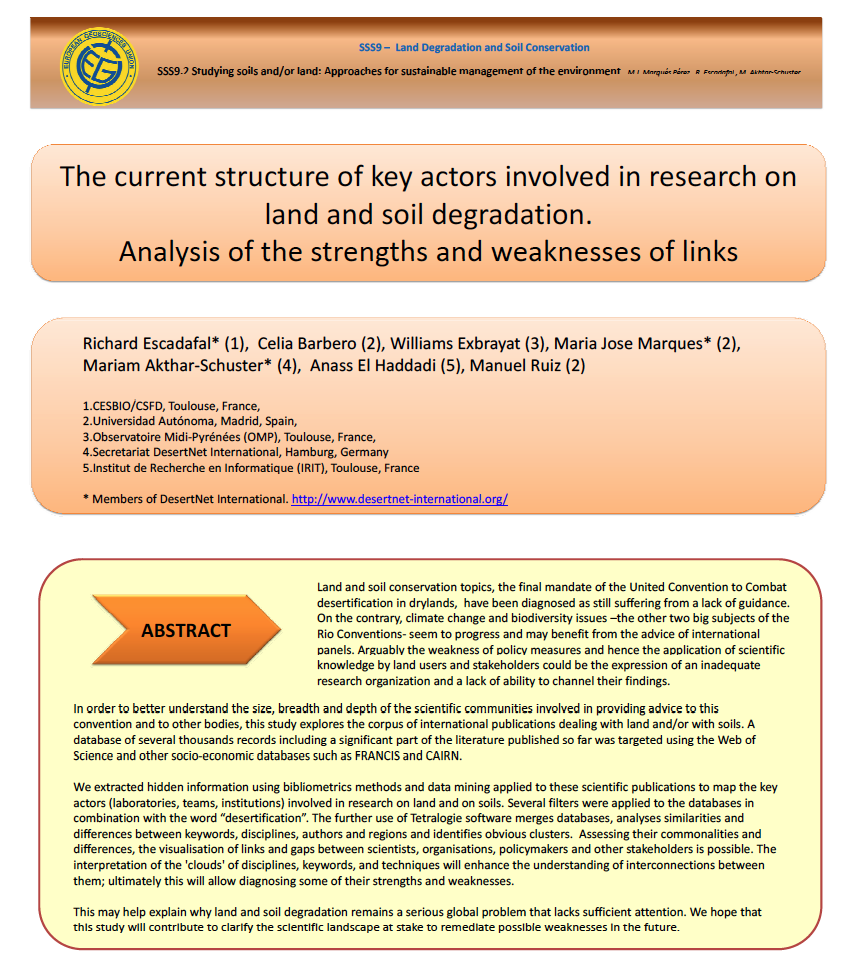 Presented at the EGU, Vienna April 2013 Land and soil conservation topics, the final mandate of the United Convention to Combat desertification in drylands, have been diagnosed as still suffering from a lack of guidance. On the contrary, climate change and biodiversity issues –the other two big subjects of the Rio Conventions- seem to progress […]

Trees and desertification in the Mediterranean

Woody vegetation form an important part of most ecosystems, from boreal and humid and temperate to arid and semi-arid zones. Within Mediterranean ecosystems, they interact with other vegetal and animal species in quite complex and specific ways. They strengthen the ecosystems resilience and greatly contribute to the services that they offer. Breaking off these interactions […]

Innovative answers to the erosive crisis in drylands 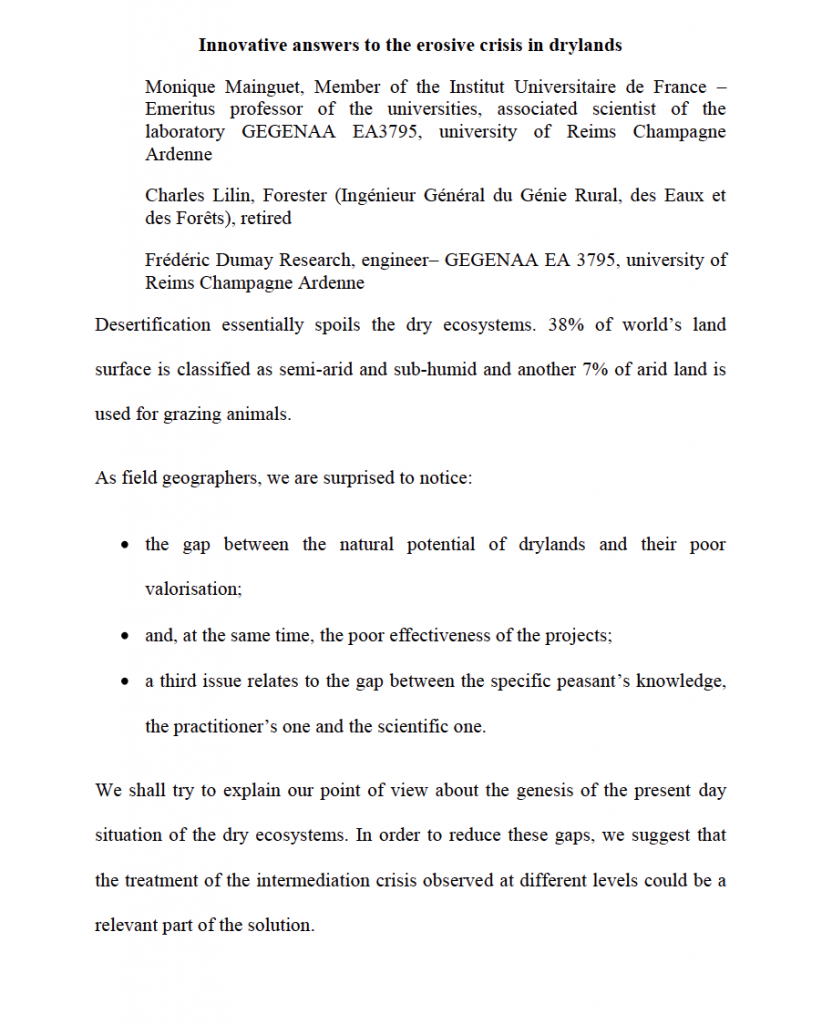 This presentation tackles first the genesis of the erosive crisis in drylands. In these ecosystems the dominant mineral forms, specific biodiversity, the rich but vulnerable landscapes patrimony have fostered the creation of ingenious and resilient agro-systems, high levels of human and cattle mobility which enable adaptation to drought: nomadic or semi nomadic cattle rearing.Then, the […]