Home » CSFD Thematic facsheet » Why we should invest in arid areas 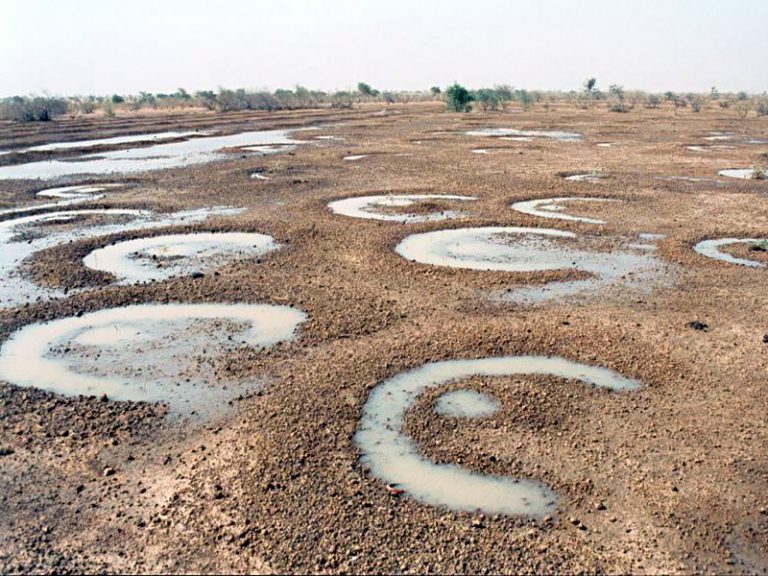 Why we should invest in arid areas

For over 30 years, the natural resources of arid regions have been suffering degradation through the pressure of human populations on the natural environment and the extreme climate events that have taken place in various parts of the world. This degradation of natural capital leads to a process of desertification of several hundred million hectares affecting every continent and to increasingly serious poverty for hundreds of millions of people.

The degradation of ecosystems is harmful in economic, social and environmental terms. Preventing degradation and restoring degraded natural capital should be treated as a national and international priority in order to comply with the Millennium Development Goals adopted in 2000. The issue of the economic cost of land degradation is currently being given priority treatment in international meetings on the development of arid regions.

Methods for assessing economic loss due to soil degradation
There are two kinds:
1. Models of rainfall erosion processes on cultivated surfaces are based on measurements of mean soil loss and crop yield reductions per hectare and per year. The yields lost are assessed by relating them to nitrogen losses due to erosion and are then converted into monetary value. Soil degradation is thought to cost US$ 117 million (1986 values) per year in Zimbabwe.
2. Spatial approaches divide up the affected land surfaces according to their main economic uses (crops, livestock breeding and forestry).
Total losses to rural production are obtained by applying a rate of decline in the natural productivity of these areas. The only estimate of the annual loss to the global economy due to desertification, by Dregne, suggests $42 billion 1990 values). These methods take no account of the multiple uses to which a space may be put nor of the indirect effects of soil degradation (silting up of downstream reservoirs, the impact of dust-storms etc.). The results are therefore under-estimated.

Assessing the economic costs of desertification in Africa

Little analysis has so far been done of the costs of desertification. What is revealed, in reality, is the economic cost of inaction in arid regions. If these costs were better known, the arguments in favour of investing in arid regions would be more widely accepted.

The few results to be found in the literature are very telling, even though they are probably underestimated as they only take account of the direct effects of desertification (agricultural losses alone). Some North African countries, for example, suffer annual losses through desertification of between 0.47% (Morocco) and 1.36% of GDP (Algeria). In sub-Saharan countries they can be between 1 and 10% of agricultural GDP.

The annual cost of land degradation in sub-Saharan Africa is equivalent to the region’s mean agricultural growth. Such a result raises the question of whether there is any actual rural development in these countries.

How can we assess the profitability of investments in the fight against desertification?
The ex post Economic Rate of Return (ERR) is a helpful indicator for convincing people that it is profitable to invest in the fight against desertification by backing the argument up with statistics. It compares an initial situation (or one with no project) with a project situation.
A study generally covers only the local benefits generated and more precisely the measurable aspects of the benefits: variations in crop yields or in wood production in the case of reforestation operations. These volumes are then multiplied by the corresponding prices. Finally the economic value of gains obtained is related to the cost of the projects as follows:
Economic Rate of Return = (benefits/costs) x 100
A second quantified indicator complements the ERR: the delay in return on investment which expresses a constraint for producers.

Investing in anti-desertification projects involves land rehabilitation. The profitability of these investments is calculated using Economic Rates of Return (ERR). Not enough analyses of ERR are currently being applied to efforts to combat desertification. However, such ERRs of land rehabilitation operations as exist are positive and encouraging, despite being underestimated, as they only consider crop yield increases. Existing studies show that project profitability depends on social and institutional criteria: suitability of projects to meet social demand, participatory decentralisation of the management of national resources and access of the beneficiaries to market opportunities…

ERRs give no information on post-project situations and ought to take account of social benefits (such as a reduction in local conflicts over resources) and other regional or global benefits such as the stabilisation of populations, preservation of biodiversity and adaptation to climate change as this would set desertification in a global perspective. Existing studies show that investing in anti-desertification projects brings social and environmental benefits. Unfortunately, this is not immediately apparent to rural populations. It seems clear that the delay in return on anti-desertification investments is too long, given the low financial margins of most of the local producers and land ownership issues.

It takes several years for producers to get any return on investments in water or soil conservation techniques (zaï, dikes etc.) for rehabilitating or maintaining land: from four to five years on average and this may range from two to eight years. These delays are a brake on the use of such techniques. This raises the question as to whether investing in rehabilitating and maintaining land is enough to ensure rural development. Should we also be encouraging craft industries that exploit the produce of arid regions, ecotourism and service activities?

Should we invest in arid regions?

Much remains to be done to improve our knowledge of the costs, and to publish them more widely. Not enough is known about the economic success of anti-desertification work and the corresponding return on investment to construct a rationale that would encourage potential investors. Furthermore, for more than ten years we have observed a regular decrease in investment in agricultural in general, with lower priority being given to agriculture when spending public development aid, in particular in countries which are most affected by desertification. Even though these countries count the most on exploitation of their natural resources for crops and livestock.

Investment in anti-desertification projects is profitable, but there are still many obstacles to overcome to persuade public, national, international and private investors:

• the lack of secure land tenure for many farmers,
• the absence of guarantees on investment, weaknesses in the organisation of civil society,
• the lack of government authority and the excessive fluctuation of markets.

Furthermore, not much has been said about the type of investments to be made. Along with these questions on guidelines for investment there are other questions such as who is ready to invest, how much, how and with which stakeholders? Are local farmer or village organisations legally acceptable partners with whom one may contract, and to whom one may give or lend? If not, how can they become acceptable partners? Should we distinguish between partnerships based on official development assistance, government loans, private loans and money sent back by migrants?