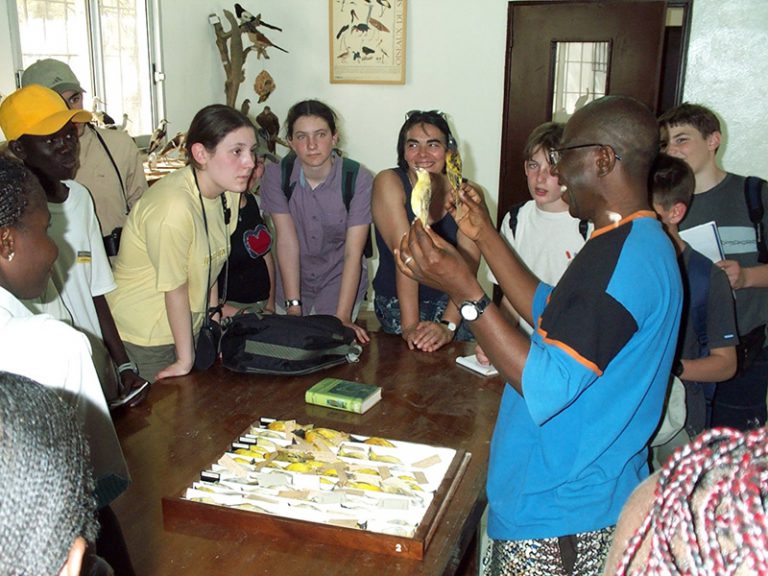 In the fight against desertification

For a long time, agronomic research has been focused on basic and technical subjects, in view of a linear transfer to the farming world. The model was based on results obtained in station that were communicated to farmers via agents of extension services. This model failed for various reasons that may be attributed to investigators as well as to the State apparatus in charge of extension services. In the meantime, there was little and isolated social and anthropogenic research, of which authorities were often suspicious.

Only the occurrence of the big droughts of the 70’s in the Sahel induced at last research to take into account ancient traditional know-how and adaptive modes perfected by local societies. Agronomic research began to ‘go out’ of stations. Investigators in social science evidenced complex local situations. New (integrated, participatory…) approaches were then developed. Thanks to scientists’ influence, donors realised the negative impacts of top-down approaches. This movement happened while the civil society was organising.

Today, social science and environmental research are defined taking into account the opinion of local stakeholders. States are not the only decision-makers any longer. Scientific issues do not rely on purely scientific logics: new questions are put to research.

Science can provide useful knowledge to help farmers and breeders as well as political decision-makers (such as a Minister of Agriculture and the Environment in a country subject to desertification) in making their decisions. Indeed:

• A farmer’s decision-making depends on parameters that characterise the natural environment in which he cultivates as well as others that belong to cultural and social references. His technical know-how and economic environment also count in this decision-making process.
• Ministers’ responsibilities require scientific information so as to: (i) meet their country’s needs for food, (ii) prevent and combat pests, (iii) assess the status of desertification and report it to the Convention every two years, (iv) define public policies regarding farming and support to actors of the civil society. They need to have charts and indicators to monitor the situation, in order to make the right decisions in Cabinet meetings. Biophysical and socio-economic information are necessary to make decisions.

Nevertheless, whoever the end user of the knowledge produced by the scientific community, an efficient communication is indispensable to make such information understandable and within the reach of everyone.

Several conditions are then required:

• The end user should be trained, hence the importance of school and basic training for local populations and the training of executives of the organisations involved in the combat against desertification.
• The scientific message should be understandable and timely, hence the need for mediators able to interpret, transcribe and circulate such information.
• There should be organisations (either public or private) devoted to technology transfer.

Civil society in developing countries
The civil society in developing countries threatened by desertification is made up of all men and women –rural people, citizens, farmers and/or breeders, businessmen– as well as traditionally or legally organised village organisations, professional and individual groups, trade unions, local, national and international NGOs on site, political parties and companies. Its partners are the State and its central and decentralised administrations, local and national elected representatives and their assemblies, town and regional councils, and parliaments. A specific place is held by those who produce knowledge and circulate it: teachers, researchers, trainers, popularisation agents, who belong to the civil society. However, they perform their activities thanks to governmental support; they are consequently a privileged partner of the civil society in its dialogue with the State.

New scientific approaches in the combat against desertification: with and for the end user

Seven projects of research and development were led in Africa between 1999 and 2004, within the scope of a North-South partnership (funded by the French Ministry of Foreign and European Affairs and national research institutions).

The CSFD was in charge of their scientific follow-up. The combat against desertification is part of a context of spatial planning and sustainable development. Technical, cultural, socio-economic and political issues are dealt with simultaneously. Projects use multidisciplinary and collaborative approaches, from their design to their implementation.

Socially useful results were derived from these projects: (i) capacity building regarding local research through training and the development of tools for scientific dialogue, (ii) capacity building regarding development actors through workshops involving the users of resources and the authorities, as well as through in situ experiments, (iii) aid to negotiation and decision-making through the provision of new knowledge and recommendations allowing to design relevant public policies, (iv) support to local development actors in the management of natural resources through original working methodologies involving advanced technologies.

This researcher’s position as a mediator for development is new and still experimental. It raises new prospects for the combat against desertification and for the development of partnerships with the civil society. It shows that the researcher’s part does not consist in making development policies but in relaying with each other the ideas and wishes of the various actors, so that they build together their development.

Towards a new part for researchers?

Science has already brought a lot as far as knowledge is concerned; it has been made evolve and researchers are beginning to enter into dialogue with the end users of their studies. Scientists can create very effective lobbies. They have launched the debates on climate change and biodiversity, which led to the United Nations Conventions on these topics and to the Kyoto Protocol. Currently, they are successfully opening debates on the regulation of economic exchanges; private goods, common goods and public goods; public/private partnerships; investment funding, etc. Scientists today actually belong to the civil society as full members, with a specific social and political responsibility since they hold fundamental knowledge and can play a key part in the dialogue with those who have practical knowledge.

Involving end users in the definition process of research issues is a new will, as well as associating them in the investigation itself. The same applies to the will to communicate results. The researcher can then become an ‘expert’, i.e. a person able to assess and diagnose a situation and to suggest solutions and decision-making tools. He has a new position: instead of wondering about research questions, he has to answer concrete questions from the authorities, farmers and breeders.

Nevertheless, the latter are still not organised enough in countries subject to desertification, to build up an intermediate body strong and professional enough to influence decisions and scientists. There is then a ‘missing link’ between researchers and country people, in order to set up a dialogue. Who has to play this part of mediator? What kind of status should be the one of these intermediate bodies, their composition, their funding, their contractual relationship between, on the one hand, researchers, and on the other hand, farmers? Here is therefore a wide field of work for cooperation and training.