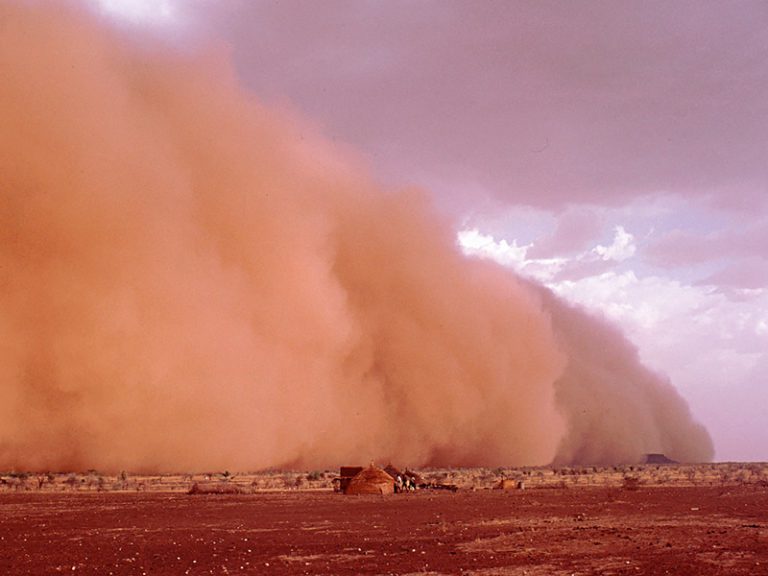 One aspect of the combat against desertification

Wind erosion, a complex mechanism that degrades the environment

Wind erosion is one of the most traumatic aspects of the desertification process. It leads to severe degradation of the environment, impoverishing soil as vast quantities of particles are carried away by the wind. It can be hard to detect in the insidious early stages, only becoming apparent to non-specialists at an advanced stage when it has become difficult to overcome.

Wind erosion is the chief physical factor in the exhaustion of agricultural land. The sand encroachment it produces is also a major cause of concern to urban areas and oases in arid ecosystems, reducing human populations to poverty and migration as they are driven to abandon their sterile land and move either to new territories or into towns.

Each one of us, whether cultivator or herdsman, country or city-dweller or decision-maker, plays a vital role through our activities and development, in triggering or accelerating wind erosion.

Anthropogenic factors (deforestation, overgrazing etc.) are exacerbated when combined with recurrent droughts or exceptional precipitation (flooding, etc.). Drylands also suffer from inherent factors making them vulnerable to wind erosion, the first being light, thin soils. Drought makes them all the more vulnerable to being reduced to fine particles that can easily be carried away. Soils are consequently impoverished in the first instance by the wind that winnows out the finer particles (clays, silts and fine sands). The winds sweep up these particles, winnow them out and deposit them as a new generation of dunes. The soils left behind have low levels of organic matter and can be rendered sterile by ill-adapted human activities (over-farming and over-grazing).

To fight more efficiently against wind erosion, decision-makers need to detect those pivotal thresholds in time and space which mark the triggering of erosion, and to monitor the fluctuating boundaries of threatened areas. Erosion mechanisms need to be considered globally, involving both the regions from which the sand is taken and those where it is deposited. Triggering thresholds can be detected by remote sensing techniques (satellite imagery and aerial photography) coupled with verification on the ground. There are various warning signs such as the appearance of ‘blow-outs’ (depressions of varying size in the topography). Detecting these at an early stage can facilitate the deployment of effective preventive strategies to combat desertification. Each country concerned needs to have one or more teams permanently working on these issues.

Satellite images reveal the global nature of wind mechanisms. They have been of great help in defining the concept of a Global Wind Action System (GWAS), regional systems (RWAS) or local systems (LWAS). The GWAS is made up of a set of wind currents that transport particles, marked out by ever-moving sand seas (or ergs) that communicate with each other so as to make a chain of ergs like, for example, those stretching from the northern Sahara to the central Sahel. The GWAS is thus seen as a single system which ranges from the source area, where the sand is deflated, to the region where it accumulates. Investigations need to consider the global, regional and local scales. This method of embodied scales is crucial for implementing successful strategies against wind erosion in carefully chosen areas.

The Global Wind Action System: natural unit and human living space
Wind action systems function as large-scale dynamic entities on the synoptic or continental scale, known as Global Wind Action Systems (GWAS), covering the entire Sahara plus the Sahel. Within the synoptic scale are embedded regional wind systems such as the one that sweeps across Egypt from north to south. At the level of an individual village or farming area, we can identify a local wind action system.
Sand encroachment is not the only result of wind dynamics, even if this process is the most clearly visible and, in the short term, seen as the most annoying. In order to understand wind dynamics thoroughly and so be fully armed to combat its traumatic effects, it is necessary to situate the region being studied in the context of the GWAS and to envisage all three phases: erosion, transport and accumulation. Depending on the direction of the wind, there are always three main areas affected: a zone where the particles are taken up, a zone over which they are transported and one where they accumulate.
In each zone, anthropogenic activities provoke different traumas which in turn must be fought with different techniques. For a clear overall understanding of wind dynamics these three zones must be considered together. And to grasp systems on such a scale, satellite imagery is indispensable.

Wind erosion must be fought in the following three areas:

• source areas, where particles should be blocked;
• transport areas, where winds need to be redirected to avoid human constructions and infrastructures from being buried;
• accumulation areas, where the mobile sand must be stabilised.

• Situating the site to be protected within the global, regional and local wind action systems, while considering the topography and the type of dunes. This stage results in an estimation of the surface to be stabilised or protected.
• The operational stage involves reducing wind speed at ground level, possibly by increasing surface roughness.

The protection methods used and common practice vary in accordance with the experience of each country, conditions in the area in question, the nature and availability of local materials, as well as the strategy drawn up to achieve particular political-economic objectives. Each region will have its own most effective techniques which may not be appropriate for other threatened sites: this is a major problem when fighting sand encroachment. Evaluating the efficiency of different techniques for fighting sand encroachment depends on the place and must take into account the relative success of each individual operation. Along with costs, the results recorded in the field and the degree of protection afforded to infrastructures are the principal criteria for evaluating this efficiency.

• the need for cultivators and herdsmen to access their fields or pastures;
• traditional village organisation;
• the availability of a workforce and rural know-how;
• the financial costs of the techniques used and above all of maintaining them.

For programmes against erosion to succeed they must make the best use of local ecological and human realities in order to minimise costs and ensure that solutions are feasible for the communities concerned.

All methods for fighting wind erosion aim to limit deflation and transportation of particles by the wind and to control and organise their distribution when they are deposited and accumulate and, above all, to stabilise them:

• Mechanical methods aim to fix the mobile sand in place and prevent deposits of sand on infrastructures by means of palisades, mulch and aerodynamic methods. These techniques are an indispensable first step for stabilising mobile sand and dunes in the short and medium term.
• Biological methods consist in developing permanent plant cover: grass cover, wind-breaks, plant barriers, belts of woodland, reforestation. They are a follow-up to the mechanical stabilisation techniques of sand and dunes which can be costly, unsightly and whose effects are always temporary. Such techniques can only be applied successfully if there is water in the soil at a depth the plants can reach, or if irrigation is possible until their roots can reach the water table.

It may be difficult to find the right answers but it is above all essential to seek solutions that use local materials and resources. Preference should be given to medium term solutions while seeking stabilisation through biological means, once again using local plants rather than non-indigenous species. 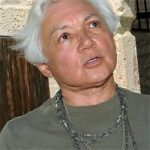